At Glenn & Breheney PLLC, we’re a small law firm committed to helping individuals and families plan and prepare for the future.

Based in Newburgh, NY, our attorneys counsel and represent clients throughout Orange County, Ulster County, and the Mid-Hudson Valley. We provide estate planning and elder law services, will, estate, trust administration, and representation and legal services in various other practice areas.

We’re ready to guide you & help you pave the way forward to the future.
Call 845-561-1951 Today
Request a Consultation

An Introduction to Our Attorneys Since 1975, Stewart P. Glenn, Esq. has worked with clients in the areas of Real Estate, Estate Planning and Elder Law.

Mr. Glenn earned his B.A. in Political Science from Dickinson College in Pennsylvania in 1967, after which he served on active duty as an officer in the United States Navy for four years. In 1974, he received his J.D. from Union University, Albany Law School, where he was a member of Albany Law Review, and in 1975 he was admitted to the bar to practice law in New York State. Since that time, he has served as part of the Trusts and Estates and Real Estate Law community of attorneys. His Martindale-Hubbell rating is AV Preeminent and he is an Accredited Estate Planner (AEP) as recognized by the National Association of Estate Planners and Councils. He has been recognized as a Super Lawyer for Upstate New York for Estate Planning and Probate. In addition, he served on the faculty of National Business Institute, Inc. programs’ <i>Administration of the Estate in New York</i> and <i>How to Draft Wills and Trusts in New York”</i>.

Mr. Glenn primarily works with clients who need to create an estate plan for the first time, who need a review of existing estate planning documents, who wish to discuss the execution of a Will, establishment of a trust, execution of a Power of Attorney or execution of a Health Care Proxy, who are involved in the probate of a Will or the administration of an estate or trust, who are involved in the selling or buying of real estate, and/or clients who need to discuss an aspect of Elder Law.

An active volunteer, Mr. Glenn is currently a Member of the Board and Corporate Secretary of the New Paltz Community Foundation Inc, and is a former Member of the Board, Corporate Secretary and a Member of the Huguenot Historical Society. Mr. Glenn served as a trustee of St. Luke’s Hospital (now known as St. Luke’s Cornwall Hospital) for ten years. He was recognized as an Emeritus member of the Orange County Chamber of Commerce (successor to Eastern Orange County Chamber of Commerce), having served on the Board of Directors for over 30 years in many capacities, including Chairman of the Board. He served for over 30 years as a member of the Board of Directors of the Amos and Sarah Holden Home, an adult home in the City of Newburgh, and he served as a member of the City of Newburgh Zoning Board of Appeals for 14 years. He served as a Trustee of the Village of New Paltz, NY, from June 2011 through May 2013. He is a former Board Member of Woodland Pond at New Paltz, a continuing care retirement community in New Paltz, NY.

The Hudson Valley Estate Planning Council
Past Board Member, Past Secretary, Past Treasurer, Past Vice-President and Past President 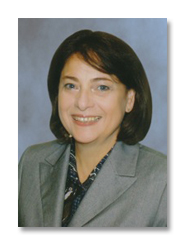 Ms. Breheney was born and raised in the Hudson Valley. She received a B.A. in English from St. Francis University, Loretto, Pennsylvania, and J.D. from New York Law School in New York City. She has practiced Elder Law and Estates since 1997 when she was admitted to the New York State bar. Ms. Breheney works with clients whose Elder Law concerns include estate planning, advance directives, long-term care planning, and issues of diminished capacity. She has extensive experience in Guardianship proceedings representing petitioners, guardians, and incapacitated persons. She has received Court appointments as Court Evaluator and Counsel to Alleged Incapacitated Persons in Article 81 Guardianship proceedings.

In addition, she has served as Trustee and Guardian ad Litem in Supreme Court and Surrogate’s Court matters. She is experienced in Probate and Estate Administration, Special Needs Trusts, Estate Planning, and Medicaid Planning for long-term care, including Caregiver Agreements and Medicaid Asset Protection Trusts. Ms. Breheney develops Estate Plans and advises clients on Advance Directives, including Powers of Attorney, Health Care Proxies, Wills, and Trusts.

Mary Breheney is also an avid supporter of the arts and serves as the corresponding secretary for The Newburgh Chamber Music Association. Please visit www.newburghchambermusic.org for more information and the performance schedule.

Are you ready to get started with an elder law or estate attorney? Contact Glenn & Breheney PLLC
at 845-561-1951 today!